Joseph Malik has repeatedly beaten the odds: first by surviving a near-fatal deployment injury to the Horn of Africa in 2012, and then by becoming the bestselling author of Dragon’s Trail – the fantasy thriller he wrote during his recovery.

Long before US Army Reservist Joseph Malik joined the military, he wrote a book. In fact, he wrote it many times.

“At one point, a major publisher had it,” says Malik. “They assured me they were passing it around, asked me for a series treatment, everything. I was walking on air. Then, after 18 months, they finally passed with a form letter. After that, I just wrote for myself, and finally shelved the whole thing and moved on with my life. Writing a book was just another thing I’d done.”

After numerous attempts to push rewrites through the slush piles at major publishers and agencies, Malik turned his back on the intricate and detailed fantasy realm he’d built, despite it being the culmination of over a decade of hands-on research into pre-industrial societies, medieval combat, and military history.

Years later, as an active duty Army Reservist, he was critically injured on a deployment to the Horn of Africa. Awakening from a coma at Brooke Army Medical Center in San Antonio, TX, Malik found the manuscript and series notes on a hard drive that his wife had brought to the hospital. That rediscovery ended up being one of the pivot points of his long recovery.

“You need something to keep you from going crazy,” Malik says. “I read through it, and I thought, ‘You know, this isn’t too bad.’ I had a wealth of new knowledge and a new experiential base from my time in the military, so I started over from a blank page. This time, I felt confident sending it off to a professional editor and publishing it through an independent press.”

Dragon’s Trail was released as an e-book in October of 2016 and first reached notice internationally as a bestseller in May, followed by domestic #1 fantasy bestseller and Top 100 appearances at all major online bookstores in June. It made its third appearance as a bestseller this week – in conjunction with the release of a new hardcover edition that the publisher, Oxblood Books, intends to distribute to brick-and-mortar bookstores.

Dragon’s Trail is a cross-worlds fantasy novel with a spy-thriller twist, owing in no small part to the author’s work in strategic intelligence and Special Operations. Readers have taken note of its unusual attention to accuracy, making it a bestseller in both the Epic Fantasy and Military Thriller genres.

“I think of it as a fantasy technothriller because it’s much more science than fantasy,” Malik says. “Accuracy is important to me as a reader, and therefore as an author. I visited ruins. I went camping on horseback. I learned different disciplines of swordfighting, and learned how to forge steel by hand. I even designed a working language. Apparently, nobody else does this, which might explain why it got passed over so many times. I don’t think the major publishers knew what to make of it.”

Readers have raved about the novel’s unprecedented realism and attention to detail. The BookLife Prize, judged by reviewers from Publisher’s Weekly, praised the novel’s “immersive detail and hold-your-breath battle scenes.”

The resulting suspension of disbelief has also generated some unique fan mail. “I’ve had readers contact me asking how to get there,” Malik laughs. “One guy is convinced I was part of a Black Ops program guarding a magic portal.”

Dragon’s Trail by Joseph Malik is available in hardcover, paperback, and e-book through all major retailers. A sequel, The New Magic, is scheduled for release in 2018 by Oxblood Books. Malik plans a six-book series.  More information is available at the author’s website: www.josephmalik.com.

Malik’s debut novel sparkles with a fresh take on some traditional epic fantasy tropes. Jarrod Torrealday is a disgraced Olympic-level fencer. Years ago, when he was at the top of his game, he accidentally killed a competitor and was consequently banned from the life he loved. He’s survived since by teaching the art of the sword and consulting on stunts for films. When offered the opportunity to travel to the fantasy land of Gateskeep and assist with their upcoming war, he happily accepts, bringing along his friend Carter Sorenson, a greatsword expert, and as many of his “artisanal killing tools and works of 21st-century metallurgical genius” as he can carry. What follows is a deceptively simple and shockingly painful crash course in the politics of a world with Dark Ages–level technology. Despite a slow start, the action, humor, and intrigue quickly build, showcasing Jarrod as James Bond in tarnished armor. Detailed descriptions of equipment and tactics don’t distract from the plot; rather, they add a layer of depth and dimension that carries the tale to the next level. This is a highly enjoyable story for fans of self-aware epic fantasy. (BookLife) 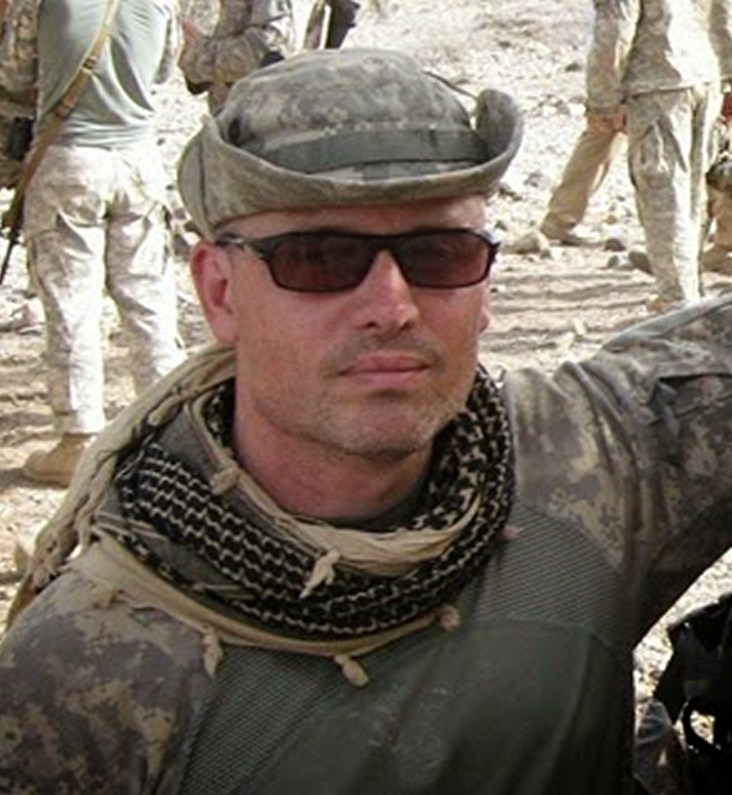 Publisher’s Note:  Print editions will be available through Ingram with industry-standard wholesale discount and returnable status as of 11/1/2017. For orders prior to 11/1, contact the publisher directly for wholesale pricing and returnable copies.

Purchase orders may be submitted to Oxblood Books (e-mail preferred).